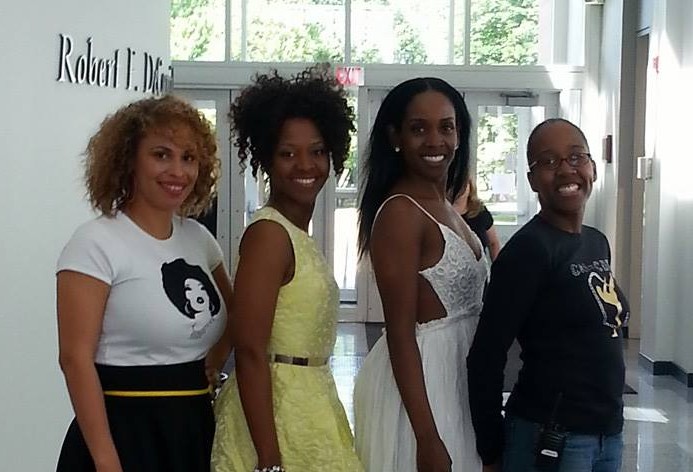 Kendra Cornett Chicago native. She received her Bachelor of Fine Arts in dance performance and Masters of Social work from the University of Illinois at Chicago. Trained in classical ballet, modern and jazz Kendra’s tenure in dance includes working with choreographers from Alvin Ailey, Dayton Contemporary Dance Theatre and Dallas Black, she has also performed throughout the Midwest and East coast with Baltimore Chicago Contemporary Dance Theatre. Kendra beliefs that the arts heal and save lives and has committed herself to embracing communities with the power of dance as an agent for healing.

Lynna Hollis an attorney with her own private practice in Chicago. She has been blessed with two passions, law and dance. Dance has instilled the discipline to further other ventures. She began her training at Joseph Holmes. Thereafter she began her dance career under direction of Dr, Charles L. Carter as an original, principal dancer with the Baltimore Chicago Contemporary Dance Theater. She has performed with Joe Hall, The Rodriguez Dance Company and the Willingham Project. Lynna has also choreographed pieces for The Rodriguez Dance Company, various studios and Dance Chicago. In 2008, the Black Theater Alliance Award (BTAA) nominated her for best choreographer for “My Love Cannot Be Moved”. She intends to infect the community with the love and discipline of dance. There is a need to unravel the threads of the fabric in our community with the options that provide life long lessons and Chi-CDT is the tool to which she intends to set forth this great venture.

Janel Motley started her love for dance at a young age in Chicago, Illinois at The Southwest Fine Arts Academy, under the direction of Adrianne Brazile. She danced throughout high school and proceeded to continue her dance endeavors at Columbia College Chicago (CCC).  While attending CCC Janel was introduce to the world of “Modern Dance”.  This dance style was something new to endure, coming from a dance studio background.  Once Janel embraced this style she found a different way to express her love for dance.  Her eyes were opened to a whole new world of dance that led her to receive a Bachelors Degree in Fine Arts with a concentration in Dance from Northern Illinois University (NIU).  Attending NIU, Janel started teaching at dance studios and she continued to dance with The Southwest Fine Arts Academy where she competed in numerous dance competitions.  During her time competing Janel has won many high ranking placements as well as receiving special recognition such as “Most Promising Performer”, “Best Choreography” done by a competitor and two time running Semi-Finalist for “Dancer of The Year”.  During this time Janel joined The Baltimore-Chicago Contemporary Dance Theater (Bal-Chi), under the direction of Dr. Charles L. Carter.  Throughout her time with Bal-Chi Janel has performed throughout the Chicagoland Areas as well as the East Coast.  After performing nearly a decade with Bal-Chi Janel has now teamed up with Chicago Contemporary Dance Theater.  As Janel continues to work on her Master in Business and help raise her family with the support of her husband, she hopes to continue to inspire people to love the art of dance as she has.

LaShawn Walker  is a most versatile and experienced technician in today’s world of stage entertainment. “Shawny” as she is affectionately called, received her Bachelor’s of Arts degree from Western Illinois University with a concentration in Design & Technology. She went on to earn her Master’s of Fine Arts Degree from Northern Illinois University. A Jack of all trades, Shawny, serves as Production Stage Manager/Studio Manager of Chi-CDT, as well; she supervises all technical elements of the dance showcase season including stage management, design, and construction. In addition, she has stage managed various dance shows and plays through-out the Chicagoland area; managing shows that toured the US playing in venues both large and small. Shawny has staged managed at least a dozen local productions including Chicago Blues Tour, Northern Dance, and The Ugly Man. Her professional experiences include: Production Stage Manager for Black Ensemble Theatre (The Jackie Wilson Story, Muddie Waters, Ethel Waters, and Great Women In Gospel), as well as Stage Manager for GMT Productions; a national touring children’s theatre production company. She was Technical Director for various shows at the Live Bait Theatre including (David Kadowski’s, A Beautiful Story), Technician for The Goodman Theatre’s (Blue Surge, and Among the Thugs), and Scenic Artist and Electrician for Harpo Studio’s (The Oprah Show). 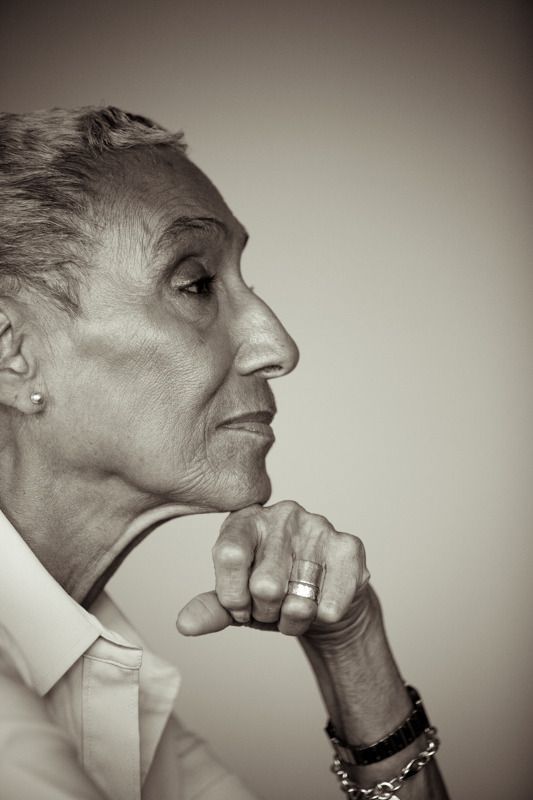 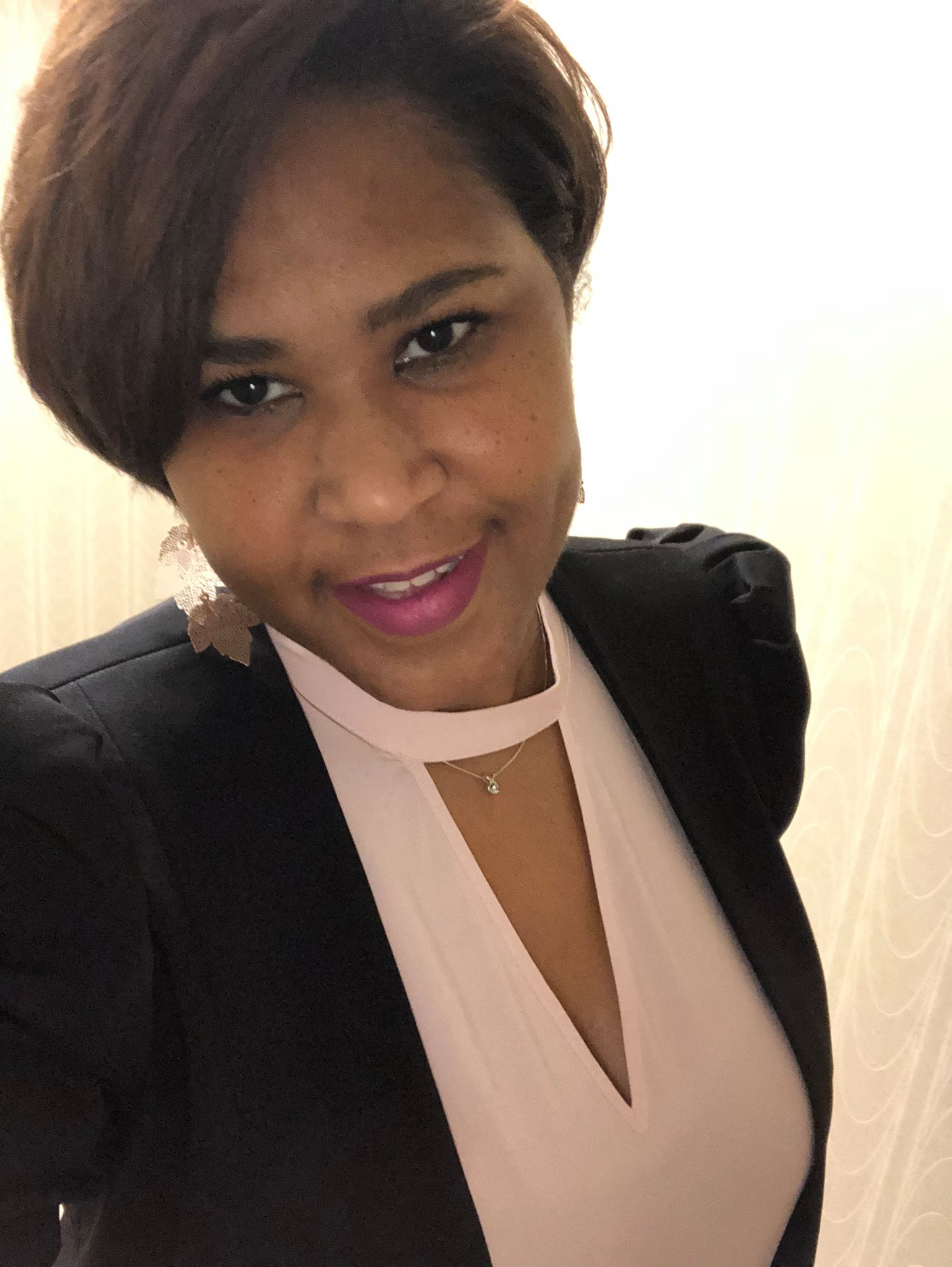 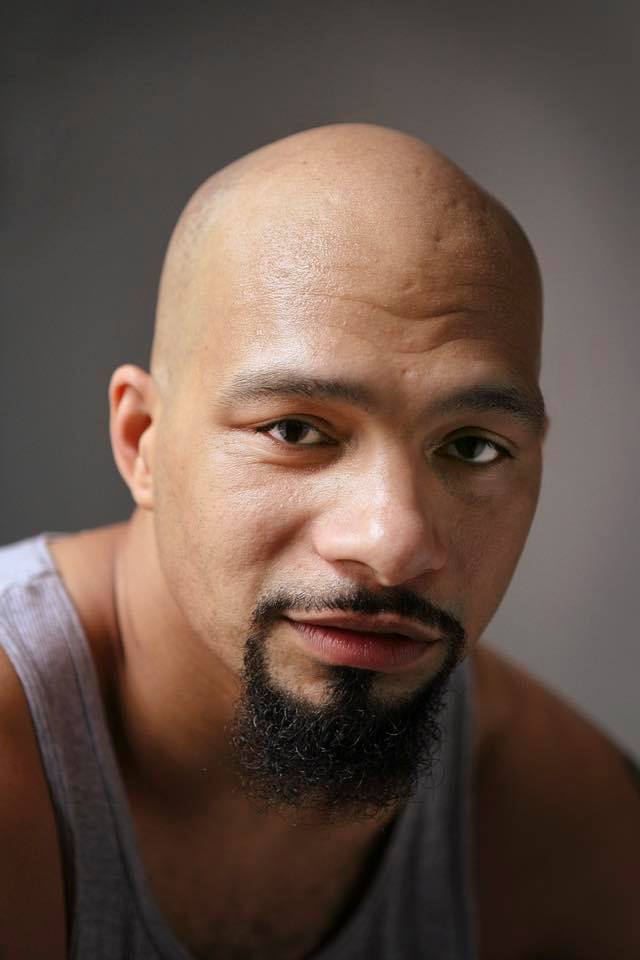 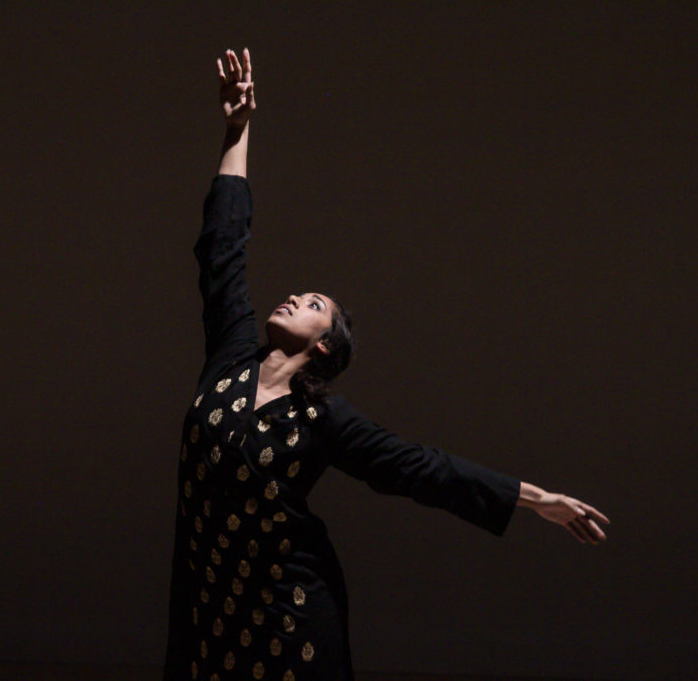 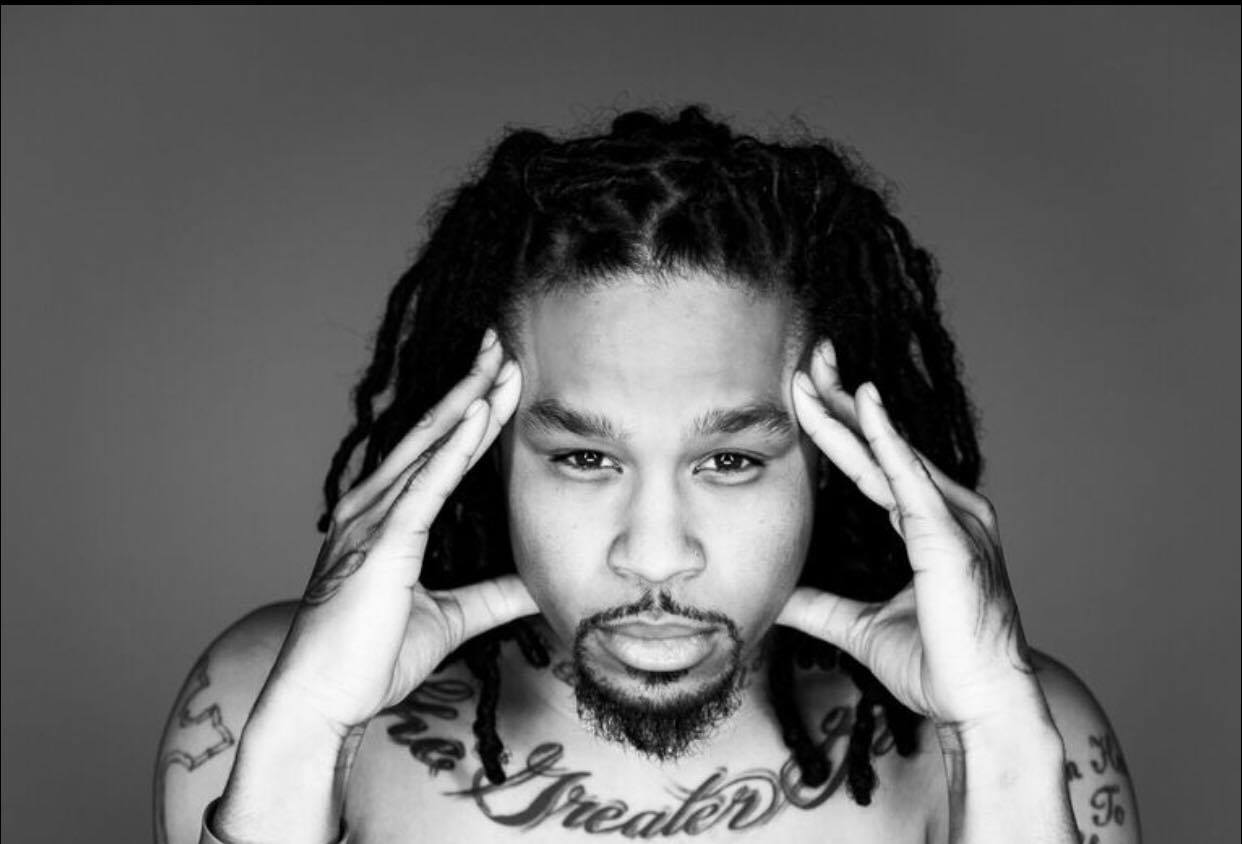 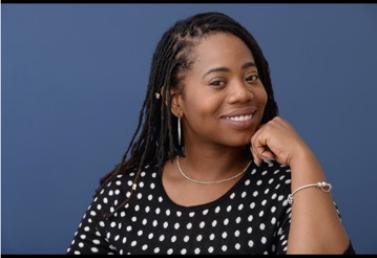 Antara “Tuli” Bera  –  is a performance artist based in Chicago. She received her BFA from the University of Illinois, Urbana-Champaign. She currently dances with Project Ishti led by Preeti Veerlapati and Kinnari Vora. Most recently she danced in their new work, “Prakriti” which premiered at the 2017 Chicago Fringe Festival. Bera works as Aerial Dance Chicago’s program coordinator and is also the director of J e l l o Performance Series housed by Links Hall and Elastic Arts. This is an artistic platform that provides opportunities for Chicago artists to show their work.

Martin “Tre” Dumas III  tap dancer and choreographer hailing from Chicago, IL. Mr. Dumas received most of his early dance (tap & jazz) training and his first teaching experience (at age 16) at Tommy Sutton’s Mayfair Academy of fine Arts on Chicago’s south side. He graduated from (HBC) Clark Atlanta University with a B.A. in Mass Media Arts with a concentration in Speech and Theatre Arts. In 1995 he had his first tap festival teaching experience at the Chicago Human Rhythm Project as a representative of Mayfair and Mr. Sutton’s tap legacy. This led to Mr. Dumas being offered and accepting an opportunity to reprise the role of Daddy Bates in a national touring revival of Broadway’s The Tap Dance Kid where he first encountered Bril Barrett. Later on, together as two thirds of Steppin’ Out, they performed and taught at the St. Louis Tap Festival, Detroit Tap Festival, and (performed at) The Democratic National Convention among many other performance opportunities.

Mike Henderson  –  is a professional dancer who has been dancing since he was six years old. He currently teaches in the Chicago land area teaching ages kindergarten and up to adults. He has been studying and been training under the amazing Fiji Watts and the talented Marchello Lee for about two years. Mike Henderson has also has done work for the amazing artist Drew Sidora which Marchello Lee directed. Mike has also choreographed for 2011 china tour for the studio PDE DANCE STUDIO which Mike assisted along with the amazing Fiji Watts. Mike is very passionate about what he does and dance is life and it’s what he does. Is main purpose is to teach and inspire people around them with his movement, and to know with God all things are possible.

Danielle Shaw  “Ms. Danielle”- is  from Chicago, IL and this is her first season at the Chicago Contemporary Dance Theatre. Her background and training started in 1994 at Homer Bryant Ballet. There she studied ballet, jazz, and African. Performing at annual recitals and special engagements, at only the age of three, Danielle knew she loved being on the stage and entertaining others. From there, she attended Dance Expressions, Joel Hall, Chicago Contemporary Dance Theatre, and many dance teams while pursuing her education, including the Kentucky State University Golden Girls. Danielle has performed all over the Midwest in many major dance events such as Dance Chicago, live broadcasted sporting events hosted by ESPN, featured with professional companies such as Bal-Chi, Ultimate Artist Tribute Theatre Group, and has received many awards for her performance skills. Danielle started her teaching experience at the age of 14 and began freelancing at 17 years old, teaching at day cares and schools in the Chicagoland area to those that could not afford formal lessons. She is also the former lead instructor for the Kroc School of Dance at the Kroc Center Chicago, teaching ages as young as 18 months, and loved catering to her eldered students. Once a competition team was formed, her focus was to create entertaining pieces and impress the judges. She has won many 1st place and quite a few overalls for her jazz and modern pieces for intermediate levels, as well judges’ awards for emotional performances and pure entertainment. Her motto is dancing is understanding your superpower and your performance can save a life. Currently she is enrolled in a couple of community based entrepreneurial business programs in Chicago, receiving knowledge on business ownership, daily operating procedures, obtaining proper licensures, shadowing other small business owners, and attends many networking events in the city hosted by notables and local political leaders in hopes of opening dance schools on the South side of Chicago with inexpensive classes to service families with no to low-incomes promoting community wellness through dance and fitness. As a student at a HBCU, Danielle learned the importance of service and giving back. She volunteers all over the city of Chicago with family throughout the year, including building new homes with Habitat for Humanity and cleaning up city streets and neighborhoods with Chance Tha Rapper’s foundation Social Works. Danielle’s focus is creating positive relationships with her students and their parents, while enhancing their technical and performance skills as they continue to define their passion for dance, through movement.

Randall “Taye” Walker  is a California native and began dancing in his adolescent years. He later ventured into the art of street dancing, which resulted in being trained in various types of hip hop and battle dancing. Within this realm, he was recognized as a skilled dancer. He also had a knack for vocalizing too. This resulted in the establishment of a singing group for a short period of time. The group parted ways due to differences in opinion leaving Randall with nothing but a dream. With the feelings of hopelessness and despair, he decided that the next chance of finally getting noticed was to perform at Carnival, the Choreographer’s ball. Randall’s ambition and dedication helped him to become discovered by one of MC Hammer’s top choreographers.